Inspired. Motivated. Aware. This is me after WUD Rome 2018.

When I bought the ticket for WUD I did not know exactly what to expect from this conference. It would have been my first experience and I've never heard exciting comments from attendants of 2017. Maybe it could have been the opportunity to make some training or networking.

In the reality I found the WUD essential to me: I can say that it filled me with a new energy and gave me a lot of emotions (I even was very close to cry when Federica Frangapane had her talk on immigrant routes).

The day was long and lot of speakers gave their contribution to the theme "Design for Good or Evil": you can read below my personal TOP 3. 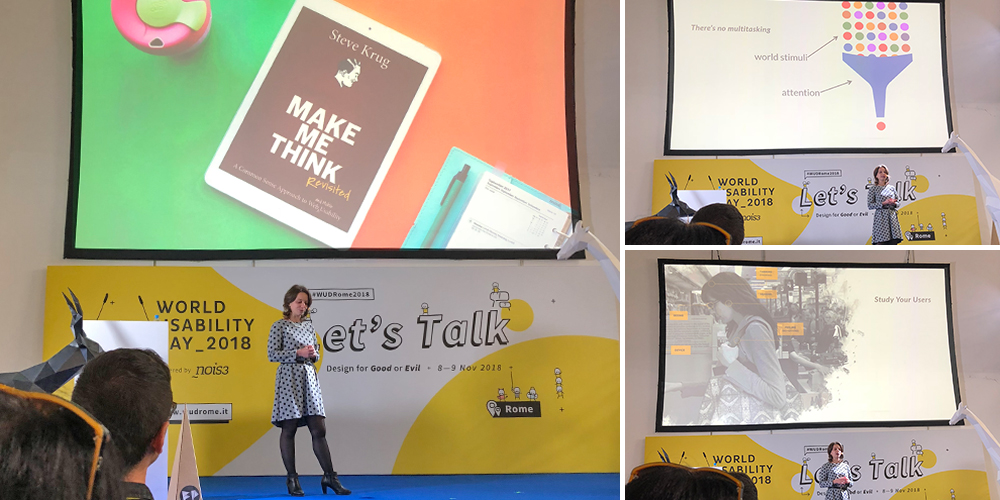 Carlo Frinolli, CEO of Nois3 and anchorman of the conference, introduced Donatella as "a bomb".

She is a young psychologist and UX designer that completely overturn the concept of "Don't make me think" invented by Steve Krug.

And she did it in about 6 minutes with the Pecha Kucha technique!

Using scientific evidences, Donatella explained that humans have biological limitations (like the impossibility of working in multitasking mode) and that biased behaviours are part of us like the normal ones.

A good designer should always design for the complexity of human beings and in absence of judgement. He should consider scientific facts and be flexible. He must combine simplicity in use with awareness and attention. For example, if dissociative amnesia would have been considered as a normal fact, instead of a mental illness, designers would have produced better baby car seat and avoided lots of heatstroke deaths. 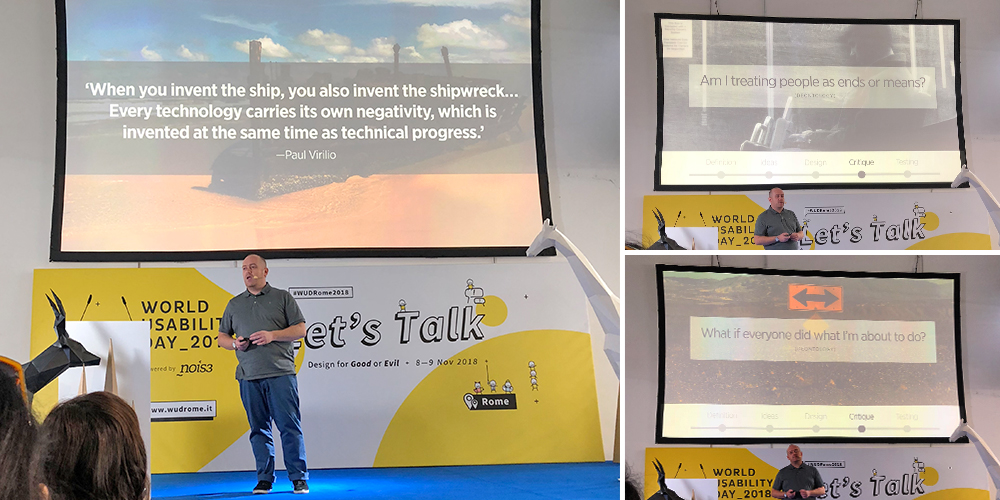 Cennyd is the product designer of the future because he went beyond the simple User experience, he talked about the ethic and showed me a different perspective and methods to approach the design.

According to Cennydd, technological progress is never neutral and has also a dark side that can be manipulated for the evil.

Creating the right culture is the key to design a valuable product for the greatest number of people. A diverse team, truly committed to the ethic design, can do it in 5 steps.

Cennydd said that "Morality is a muscle that needs exercise" and I want to say the same thing to you. 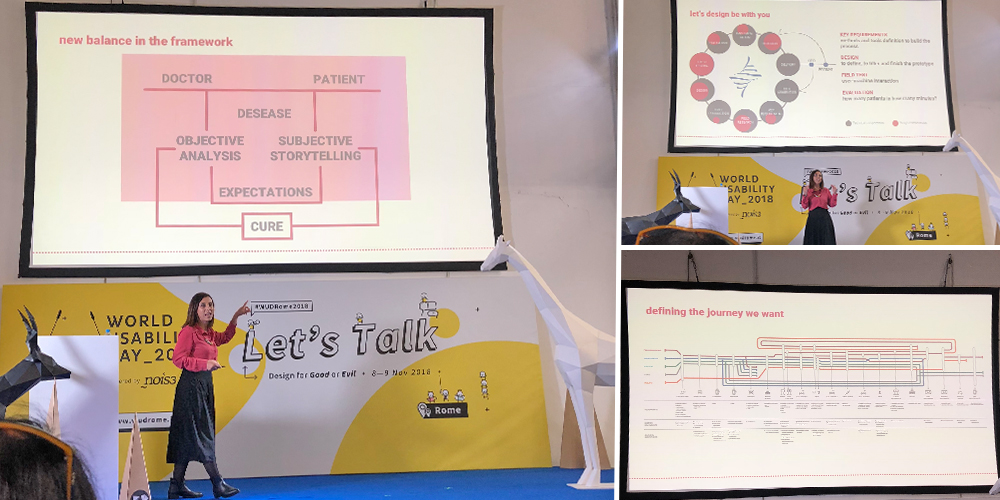 She is amazing! She is a great woman and a great designer! I like her so much that she became a benchmark and I will think to her every time I will face obstacle in my work.

She decided to go out from her comfort zone and dive in the turbulent world of healthcare where there's no culture of design potentiality.

At the beginning no one wanted to collaborate with her, physicians and other colleagues, and there were a lot to thinks to study and understand. But she is so determined that found the right way to involve people and defined her personal KPIs as incentive for keeping on working good.

The design of healthcare services has been such a success that now she is in charge as Design manager in the human resources area at Humanitas hospital in Milan: the new challenge now is to redesign the employees training and their relationship with patients. I wish her the best!

You can learn more about Daniela on LikedIn.

WUD Rome taught me that design is good when users trust in your product and this is only possible with a human centered approach.

Never make assumptions, design for the real us, design for failure and for abuses. Make happy as much people as possible. Respect people. Fight for the change and never give up.

Will I take part to the next WUD? Yes, absolutely and I my challenge is to become a even better designer. Who knows if in the future i will be on the stage of WUD for my personal talk?!

Read my Blog
or visit my LinkedIn and Instagram profiles

Read my Blog
or visit my LinkedIn and Instagram profiles